The Kabali fever gripped the movie fans last weekend and more and more India readers clicked to myfdc check if there is an official Kabali stamp???!!!???

Now, if you have not heard of Kabali (the title of the movie), you must be really out of touch or deep into Pokémon Go.

Very early in June, the India online news circle released news of the Kabali movie being honoured with an official stamp. Gimmick images were posted using images from the movie. This led to a wave of hits to this site from India readers to check when will the stamp be released.

Sorry to disappoint everyone, there is NO official Kabali stamp issued by Pos Malaysia. It is also not in the upcoming stamp programme. That does not preclude making personalised stamps (Setemku) which is more for fans rather than serious stamp collectors. Anyway, personalized stamps are not part of the official stamp issue programme.

Historically, only DON 2 was made into an official personalised stamp sheetlets by Pos Malaysia and released in a classy collector’s album complete with postcards, envelopes and images from the movie! That, I am afraid, is the only official release for an Indian movie in Malaysia. 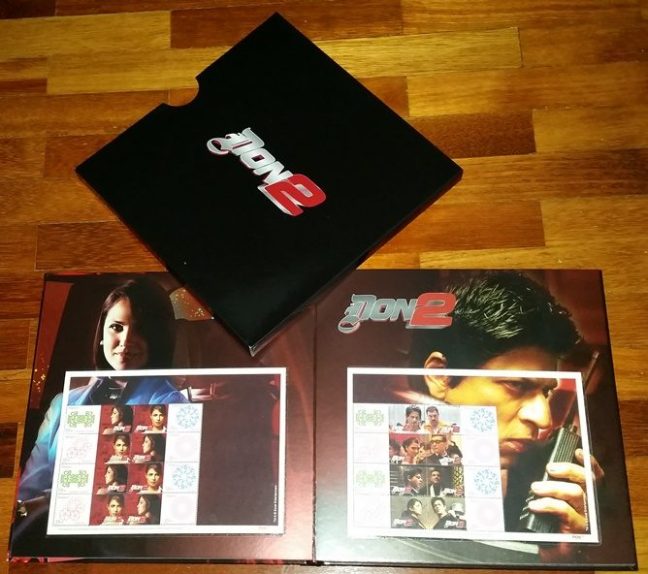 However India Post (Bengaluru and Chennai) in association with Air Asia India, did make a Kabali movie screening special flight cover on 22 July 2016. The special flight was from Bengaluru (Bangalore) to Chennai. The covers were priced at INR 100 (about RM 6.00) per cover. 2000 covers were made. http://timesofindia.indiatimes.com/city/bengaluru/Postal-dept-to-release-special-Kabali-covers/articleshow/53312742.cms

So if Pos Malaysia really decides to release an official Kabali stamp, I will inform you, ok?

Meanwhile I am still waiting for Baahubali 2 ……..

Trivia: Come on over to Malaysia to catch a different ending for the Kabali movie!