Here is the poster of the upcoming Malaysian Fruits issue.

If you are keen on the concordant cancellations, just drop me a note. I will not be make much this time.

What has Segamat got to do with fruits? Segamat: Tanah Raja Buah-Buahan (The Land of the King of Fruits). Check it out.

I took a day off as usual to prepare for today’s concordant covers. It was lukewarm response at the GPO in KL. Those in the queue was grousing on the high cost of a whole folder set (RM 90.50!). I was off to Durian Tunggal once the stamps are stuck.

The drive was pleasant as it was not the peak hour. Durian Tunggal post office was tucked away a little outside of Durian Tunggal.

Next I was off to Segamat: The Land of the King of Fruits. The drive to Tangkak was uneventful. From Tangkak to Jementah and onwards to Segamat was about an hour. The roads were flanked by construction of a parallel road near Jementah into Segamat. The roads were narrow. Fortunately not many large lorries along the way. I actually lost my way inside Segamat, trying to look for the General Post Office. I have not been back for over a decade. Well, I found at in the end. 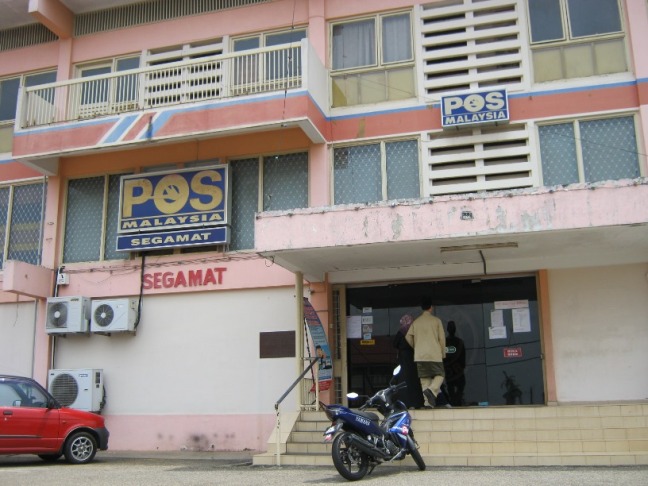 Typical of smaller towns, the staff in both Durian Tunggal and Segamat were very friendly and helpful. I was off in a jiffy in order to get back to KL before the rush hour traffic to get home.

I have sent requests to Simpang Durian and Guar Chempedak. Though Chempedak not Nangka, however they are from the same family, so I figured it will be fun. Stay tuned for those covers.

Use the keyword Malaysian Fruits.

Meanwhile here are some covers I made.

This is the FDC without tabs:

This is a sample with tabs: 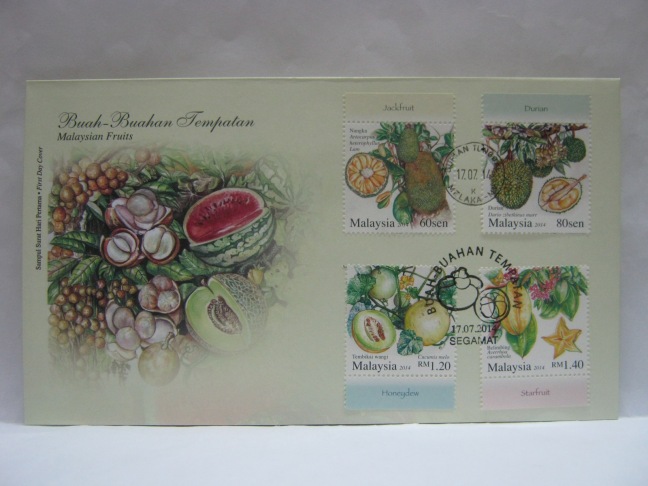 Here is a special cover that I made: