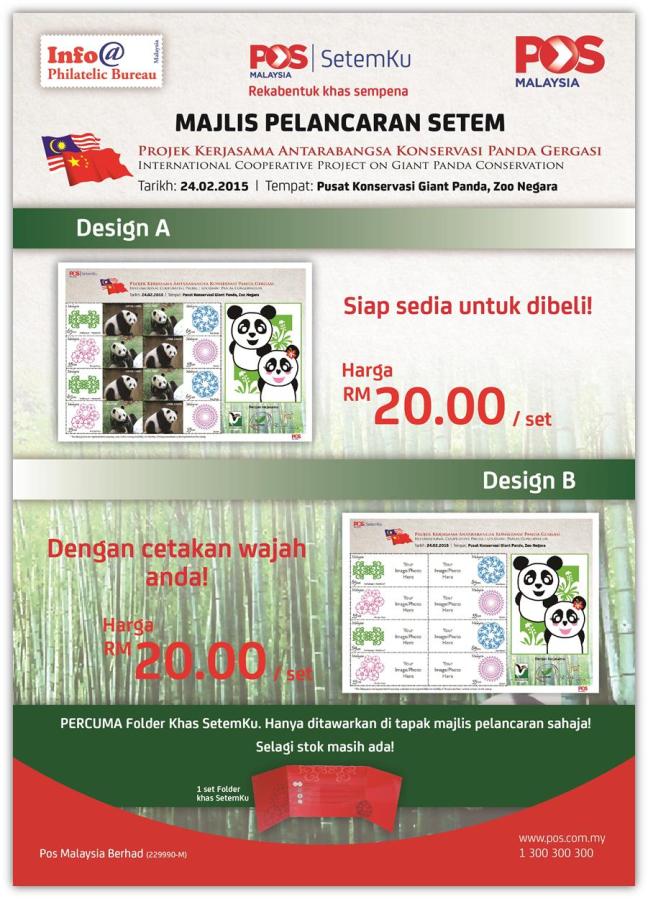 In a surprise announcement, Pos Malaysia will be launching the Panda Setemku ready made and customizable sheets at Zoo Negara on 24 February 2015 (Tuesday). The not so good news is that the launch will be held in the Giant Panda Conservation Centre which costs RM 50 to go in!

Here is the announcement. I will not be making covers for the Setemku on 24 February 2015. Maybe on 25 February 2015, if I still have spare cash.

Meanwhile, Zoo Negara issued a notice that the Giant Panda Conservation Centre will be closed from 09:00 am to 01:00 pm on 24 February 2015. Coincidence? Probably to cater for the launch event.

The Panda issue will still be on 25 February 2015 (Wednesday). There will be an uncut (NOT IMPERFORATE) Miniature Sheet of 2 MS joined together at the price of RM 30.00. The image has not been released. I did advise you to keep money for the Pandas! 🙂

Finally Pos Malaysia released a media statement in the morning to confirm that the uncut MS will be offered with only 5,000 pieces available. However still no image.