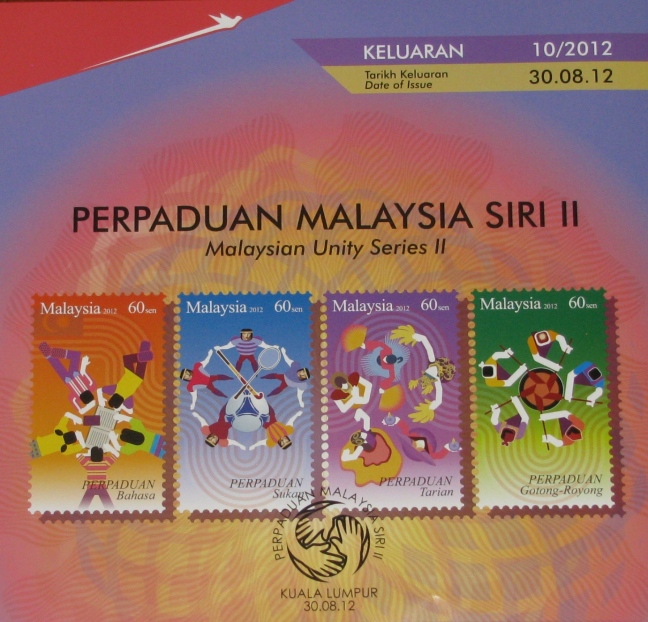 Next week we will be celebrating the 55th Independence Day (Merdeka Day)! A stamp issue is planned on 30 August 2012 with the title Malaysian Unity Series 2. There are 4 separate stamps (not setenant) of 60 sen in this issue. As usual a folder is also issued.

The visuals have been released on poster and banner, however these has not been posted online. Here is a picture taken from the poster. 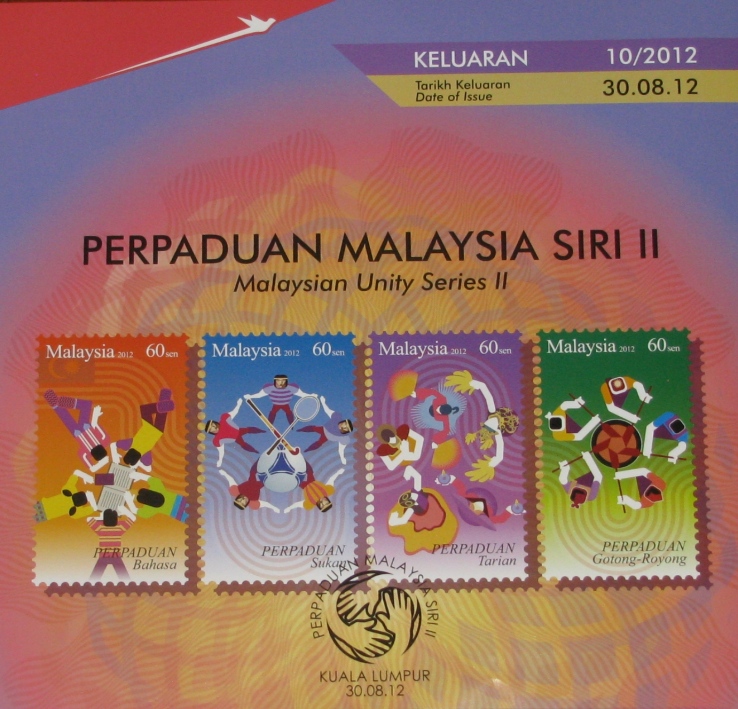 The set is very colourful and designed with the collaboration of the Multimedia University. Currently there is no news about any special launch cancellation. Series 1 was issued in 2010. This is the FDC: 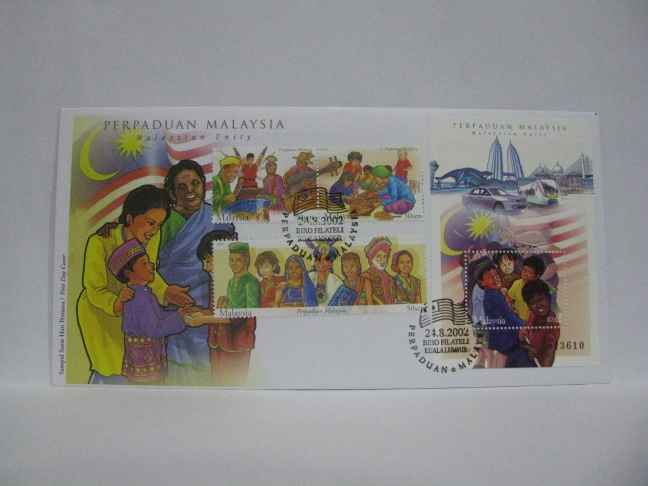