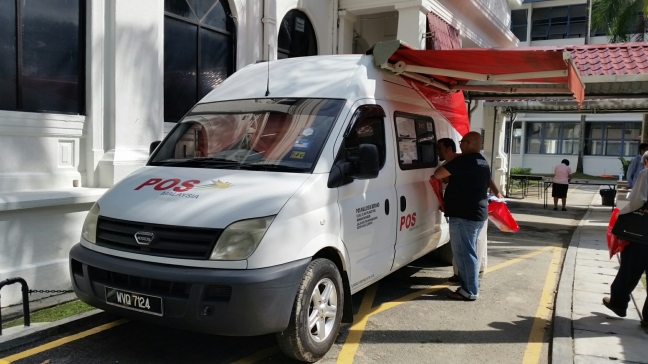 The day is here. As crowds queued in the Penang General Post Office, the award recipients are already packed in the hall awaiting the arrival of the VVIPs and VIPs. The earliest came at around 06:00 am. 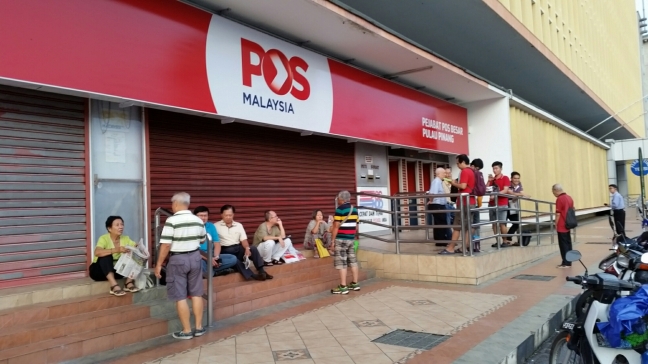 Here is the crowd. The folder was sold out! 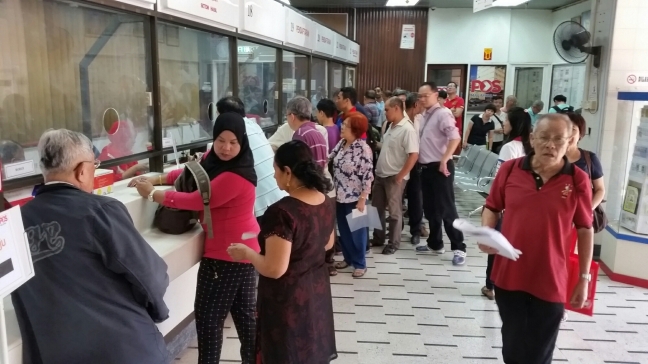 Next was the Penang Free School. The queues to buy and cancel were long and winding. Here is the sales area.

There was a surprise set of 10 postcards for sale! The postcards were sold by Pos Malaysia. The ready made Setemku was also irresistable for me.

Here is the cancellation station. 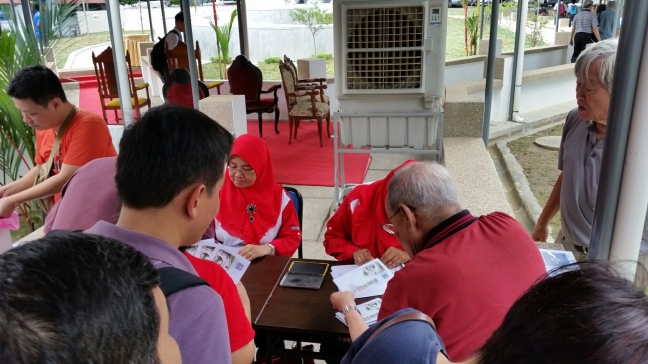 The response was very high for this issue. It is expected. Penangites by and large are proud of their heritage more so in education. 50 years is a long time to wait since the 1966 issue.
The Pos on Wheels vehicle from Penang had some problem and a vehicle was brought in from Sungai Petani! This is one of a kind!

Here is the Pos on Wheels vehicle.

There is actually a post box set up behind the vehicle for posting! I did not see anyone do any posting.

Pos Malaysia stayed on until late evening, way after 06:30 pm to support the sales to the old boys streaming in for the Bicentenary Dinner.

Dato’ Mohd Shukrie, Group CEO was very obliging to autograph for the many fans. 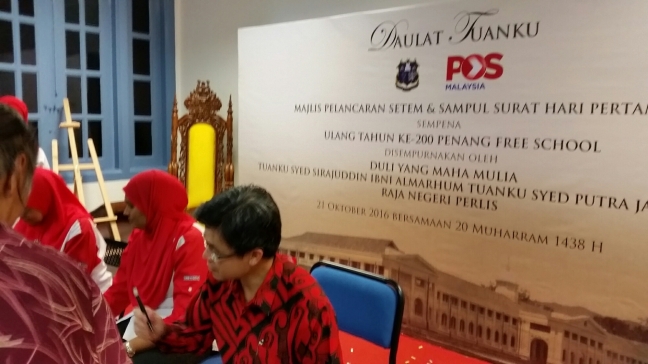 The balance of the Penang Free School Bicentenary Postcards were sold in the souvenir area at the school field. 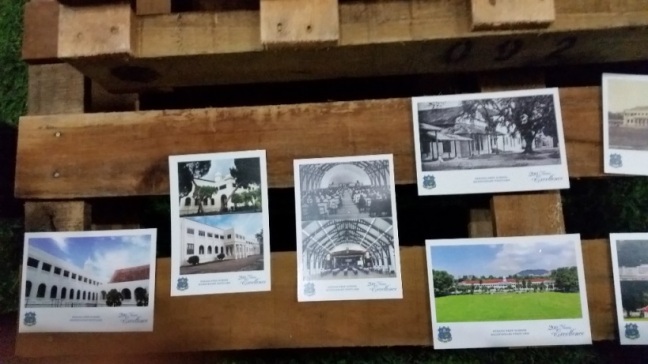 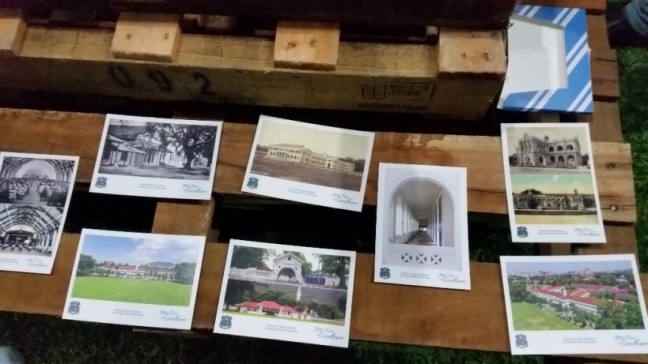 Thank you Pos Malaysia for making this a big philatelic success!

A special thanks to the Group CEO who was there all the time as well as the staff from across the north and from the Philatelic Bureau HQ.

“Free School For the Brave and For the True.”

This concludes my coverage of one of the hottest stamp issue of the year!

5 thoughts on “Let Us Onwards to Win: Bicentenary of Penang Free School”