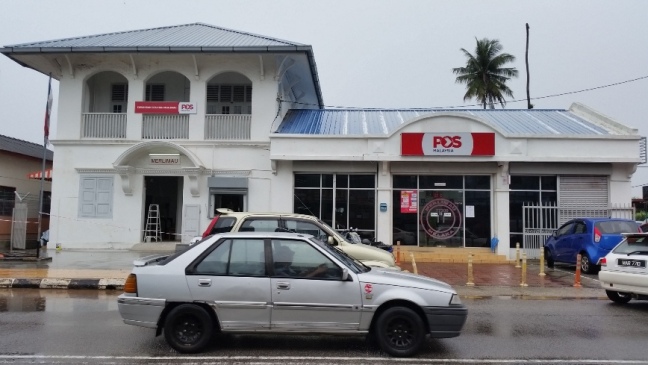 Yesterday was the start of the Malaysia Festival Food Series. The first in the series of 4 (at least this is what is planned out for 2017) takes a look at the Chinese food during the Lunar New Year (Spring Festival / Chinese New Year). Though there are similarities to the food in China, especially the intrinsic meaning attached to the food, Malaysian Chinese New Year food has local elements, such as Yee Sang (Lou Sang) which has gained regional recognition.

This issue saw a decent crowd. It was not at the level of the Year of the Rooster stamp issue, however the Miniature Sheet (Tray of Togetherness) saw good demand and praise. The folder was quite decent with a added die-cut that act to close the lid on the Tray of Togetherness.

Mr KY Lim from Reign Associates was on hand early to start the autograph session. Today he brought a new name seal as the original seal used during the Year of the Rooster was spoiled from over use on the day itself! You can imagine the extent of usage! Thus whoever has the original name seal from the Year of the Rooster will have a real “one day” name seal! Here he is autographing. 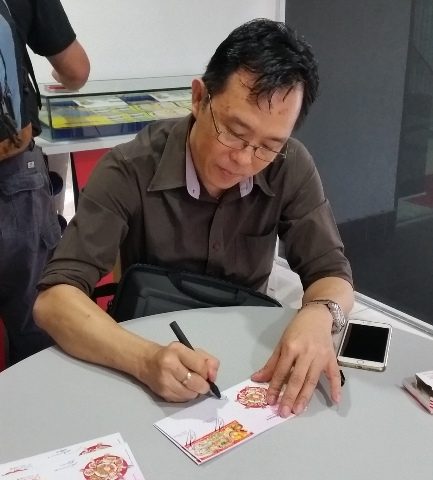 Some of the better concordant locations for this issue are as listed:

My adventure in search of Mandarins took me over 425 km. That certainly kept me hungry. It was well worth the adventure to make a concordant cover.

Wishing my readers celebrating the Lunar New Year, a happy, prosperous and healthy year ahead!