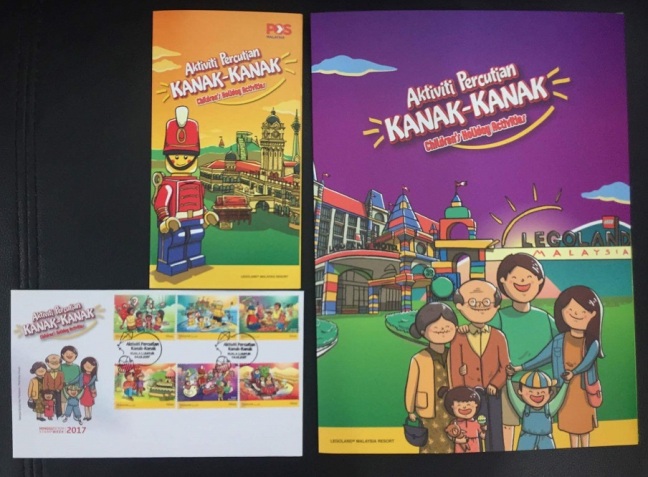 Today’s Media Preview was a contrast of 2 stamp issues to be on sale on 04 December 2017. It was also special as the Pos Malaysia Group CEO Datuk Mohd Shukrie Mohd Salleh was on hand together with a LEGOLAND mascot for the Media Preview.

The products are rather simple:

All prices are before GST.

A 150 Years Straits Settlements exhibition launch is planned in Dewan Sri Pos on Level 3 of the General Post Office Kuala Lumpur. The exhibition will run from 04 – 10 December 2017.

The second item appeals to the young at heart – Lego! This is the second time that Lego is featured in a Pos Malaysia product. The first time was a LEGOLAND branded stamp booklet issued on 11 November 2016: https://myfdc.me/2016/11/11/everywhere-its-awesome/

This issue will comprise of:

All prices are before GST.

A free LEGOLAND voucher (Kids Go Free) will be given to each purchase of FDC.

Trivia: Did you know that this will be the first “Lego” stamps in the world?

Acknowledgement: Many thanks to NH and Pos Malaysia for the coverage and details from the event.