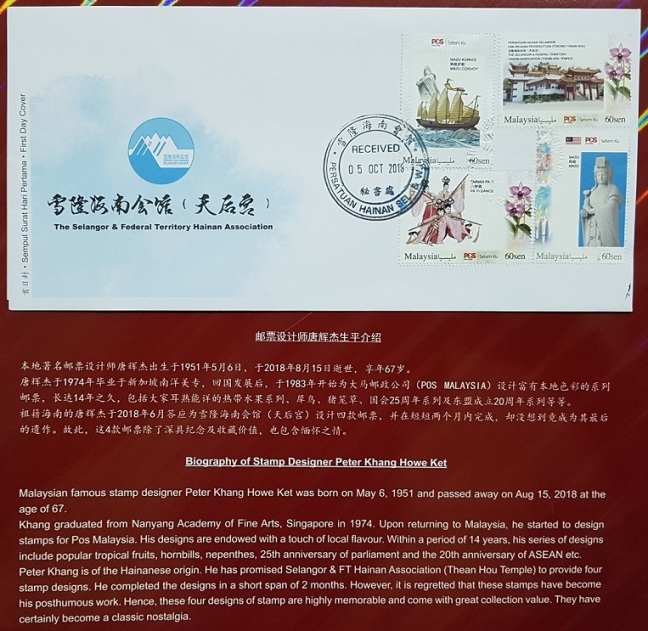 The Selangor and Federal Territory Hainan Association (Thean Hou Temple) was released on 05 October 2018. The orders were open since 14 September 2018. Orders were then opened for collection from 09 – 16 October 2018.

Here is what I discovered:

The back of the folder provides a tribute to the designer, the late Mr Peter Khang, who has designed a great many issue mainly in the 1990s.

This is the first “seal” first day cancellation in the philatelic history. Since this is a Setemku FDC, it will not be mainstream. However, it is worth noting that a souvenir cover was issued by Arch with a “seal” cancellation on the hologram Petronas Twin Towers with a wooden bookmark.

Further background: The issue price is RM 180. A total of 700 sets were produced. The public orders were about 100 sets. I suppose the rest are by taken up by the association members.