After a very long wait, the tentative 2020 Malaysia Stamp Schedule was shared by Pos Malaysia.

After a long rest, the next issue will appear on 06 February 2020. Noticeably missing was the Lunar Series (Year of the Rat) from the official Stamp Schedule as it moved to become a Personalised Stamp (Setem Ku).

Here is the tentative programme: 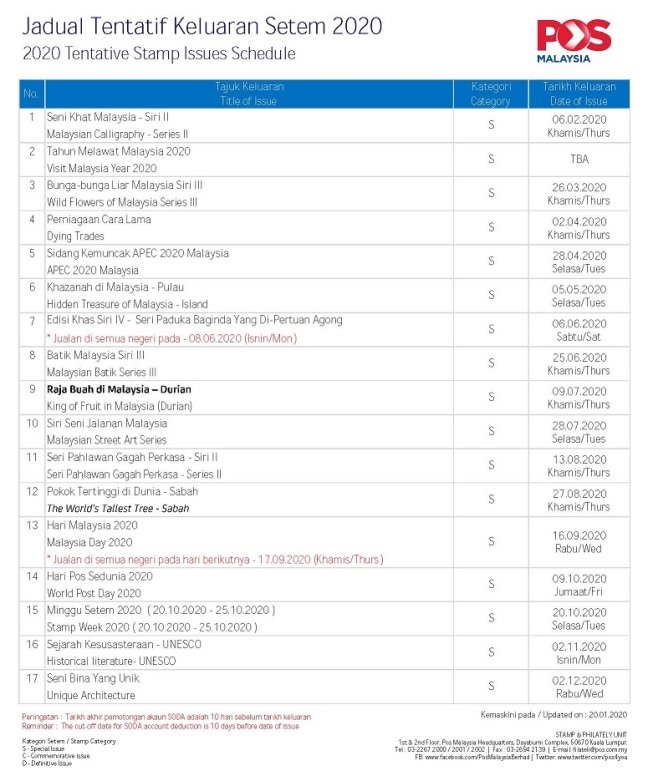 Interesting to note 2 stamp issues were carried into this year as they were not issued in 2019.

Where as the following are series:

If you are missing any of the above series, I probably have spares somewhere. Just message me at sky52200myfdc@gmail.com

Bear in mind that as per previous years, there will be changes as we go through the year. Thus do check back for the latest updates.

Just a simple thing to keep in mind, if it is not published, it is not available. The past year has seen a late release of information. myfdc will try to give the information as early as possible.

Thank you for the patience for not getting a reply from me because there is no information, thus it is not possible to reply.