Today is the issue day for the 100 Years of Girl Guides Association Malaysia. Fortunately there was not a heavy crowd in GPO KL. I guess the action was in Putra World Trade Centre (PWTC) where the main event is held – including the launch of the stamps.

Ms Nur Farhana Bakerrudin was on hand to autograph the products. Nowadays, the designers from Hazel came equipped with a personalised rubber stamp! Try and find out what other issue that she came to autograph. Her first issue was actually the Ferns (question: which year did we have the Ferns issue?).

A special personalized stamp (Ready Made Setemku) was also offered in the KL Philatelic Bureau and at PWTC. 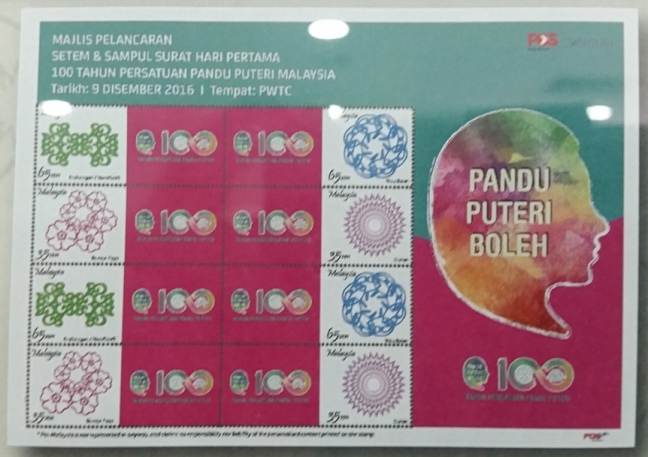 It was then off to PWTC. Traffic was still light. Did you know there is a post office inside PWTC? The location of the post office has moved a bit since it was set up so many years ago. It is now along the main corridor leading to the registration counters.

The Grand Finale Event was held in Dewan Merdaka.

There was also a backdrop set up for photo taking along with the mascot!

Teacher Honey Sha in Girl Guide uniform was also on hand with her postcards! The postcards were very popular as the design is very attractive! Try and guess which school is Cikgu from?

The Pos Malaysi booth was fortunately outside the hall. The booth was packed especially at about 01:00 pm when the event was over. The Folder Set was well received. The ready-made FDC in the Folder Pack was cancelled with the PWTC cancellation!

Quite a lot of regular stamp and cover collectors came to PWTC. It was a good time to meet one another!

The final stop was the post office nearest to the Girl Guides Association Malaysia’s Headquaters. The post office is in University of Malaya. 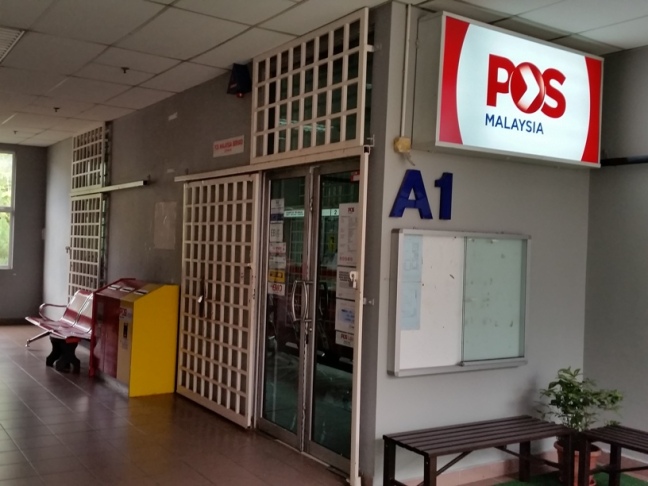 With that, here is the final design.

Surprisingly, the SODA orders were also ready. This is an exceptionally fast processing! Well done!

I could not resist buying the Centenary Camp patches on sale at the venue.

My congratulations to the Girl Guides Association Malaysia.